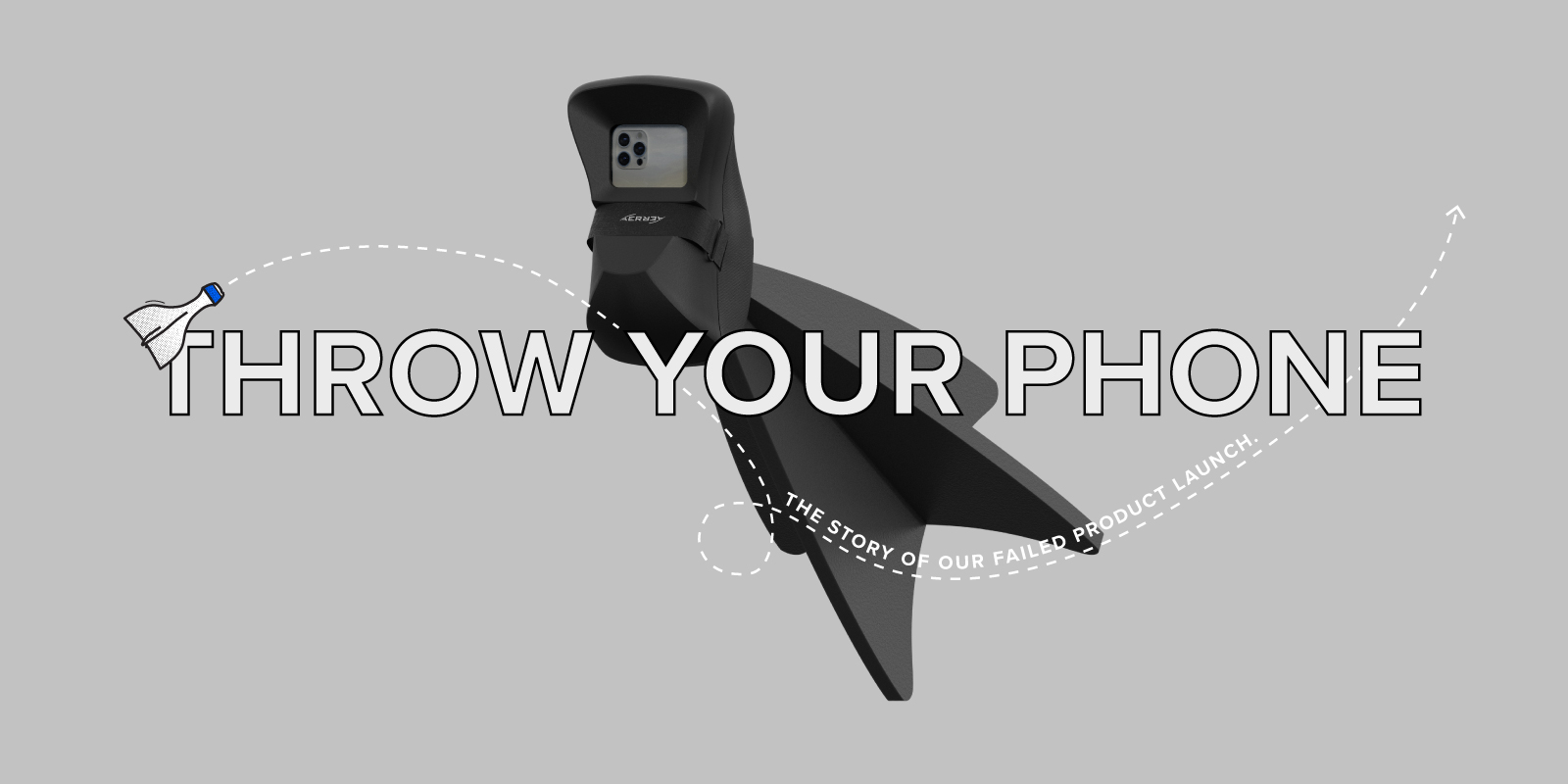 AER ‘Throw Your Phone’: The story of our failed product launch.

I love the idea of throwing my iPhone to get a unique photo or video. So much so, that I decided to design a product that lets you do exactly that. However, it failed. Here’s that story.

It has been a few years already, since we invented the AER - a foam rocket that lets you throw your GoPro for aerial perspectives. It was a success, but we knew that we wanted to do more than just throw GoPros. It seemed like the logical next step to take this concept and expand it to other devices. We made a version for the GoPro Session (the real ones will remember this legendary cube) and more recently we worked on making it compatible with different action cams like the Insta360 GO2. We even had a community member, CK Yew, redesign the original AER Head to make it compatible with the ‘DJI Osmo Action’.

But the goal was to reach a bigger audience and expand beyond the action cam niche. We knew that by developing new products for other cameras, we’d only come so far. We can only have a really big impact if we create something that is for everyone. And what’s the one thing we all have in common? That’s right, the incredible camera we all have in our pockets already aka our smartphones. Not only do most of them have great video resolution and can film in high framerates, they also have incredible computational imaging capabilities - perfect for dynamic videos.

So the plan was obvious: AER ‘Throw Your Phone’. We have a lot of experience in keeping technical devices safe, but instead of protecting the most robust cameras, we now had to worry about glass rectangles that oftentimes can’t even withstand the smallest of drops. The safety of the phone was our biggest concern, but there are also other important aspects. It should be a smooth process to set it up, it should be somewhat affordable, it should look cool, and last, but certainly not least, it should fly well.

As always we shared this process with our community. In a little video series called ‘BEHIND THE PRODUCT’ we showed the interesting bits of that design process. After over a year of work and countless prototypes we had something that actually worked. I personally threw my iPhone hundreds, if not thousands, of times and was able to get some really cool shots.

We decided to launch a crowdfunding campaign for the AER TYP. For once, because we think such a campaign can be a great marketing vehicle for a product lunch. But more importantly, we wanted to “test the market”. It was important to find out if we can find new customers who would want to throw their phones before we invest more into getting the AER TYP mass-produced.

The launch of the campaign went okay. We were able to raise a few thousand dollars within the first hours. However, after a few days it stagnated significantly. Of course we tried to analyze what the reasons could be: worries about the safety of the phone, pricing, marketing message or channels, crowdfunding as a “launch strategy”, size of the product, features.. - all of those might’ve played a role. But there was one reason we always came back to and just couldn’t ignore: Most people simply don’t want to throw their smartphone. This, of course, is the worst out of all reasons, because it’s something we can’t fix.

Two weeks after the launch of the campaign we decided to cancel it, and with it the AER TYP altogether. This was a very difficult decision at the time, and there’s a small part of me that still wishes we didn’t give up.

“But if the AER TYP isn’t happening anytime soon, why share this story?” you might ask yourself. I believe it’s important to not only talk about your successes, but also your failures. In today’s world, social media is full of people sharing their achievements. Our friends are posting about their vacations, happy relationships and new cars. Many content creators seem to live the perfect lives and also brands seem to only have good news. One epic product launch follows the other, all customers are always happy and, of course, everything is sustainable.

It makes sense, it’s a lot more fun (and more lucrative) to share positive stories. However, as social animals, we tend to compare ourselves to others. There’s nothing wrong with social comparison in itself, but if we only look at the other’s successes and never see them fail, it paints a wrong picture. And that can lead to negative mental health effects and even depression.

The idea to throw phones is crazy, yes. But I still believe that there’s a big opportunity in creating a low-tech solution to create aerial perspectives with a smartphone. We tried, we failed. And that’s okay. I’m sure eventually someone else will try - and I’m sincerely looking forward to it. 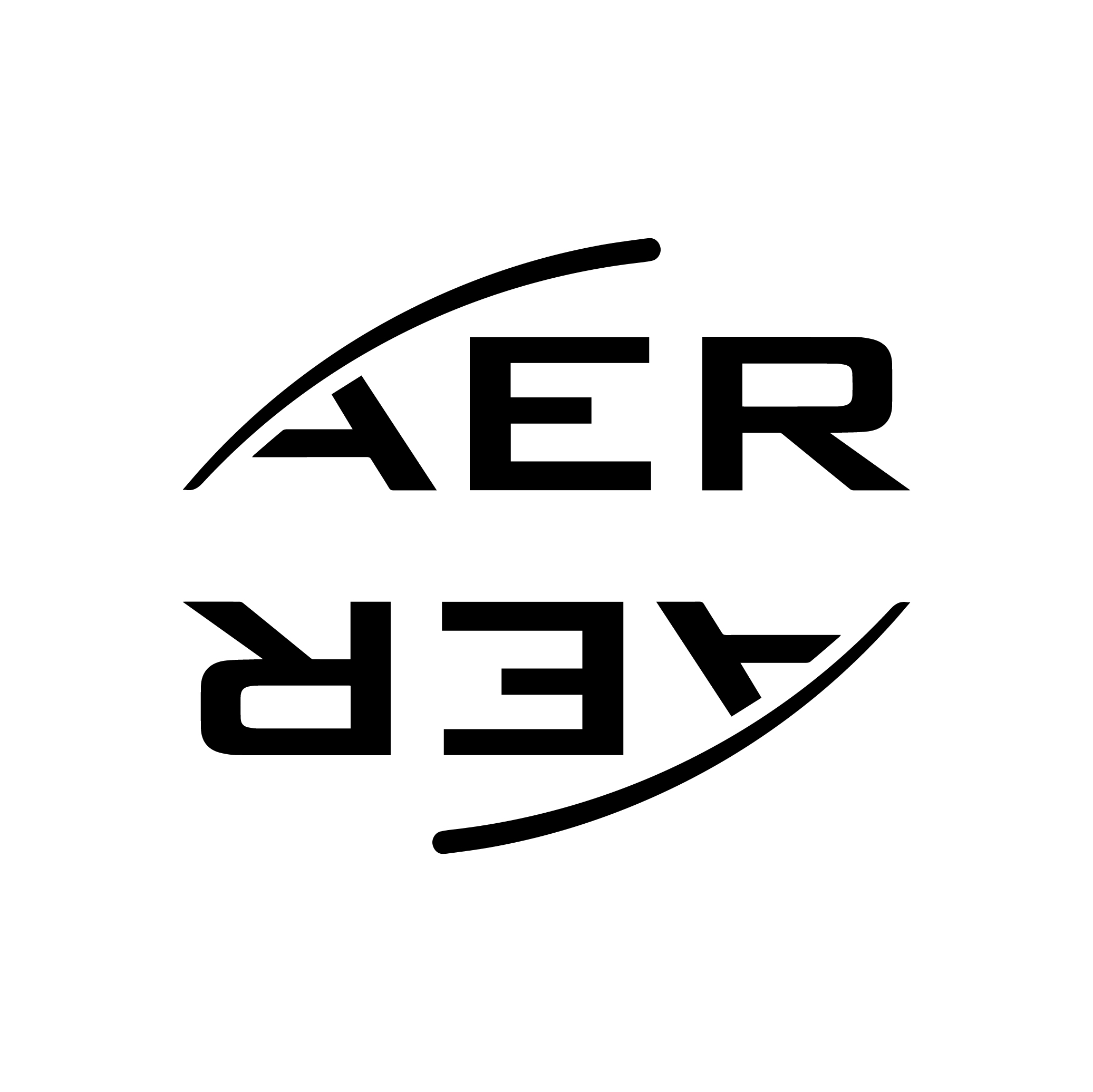