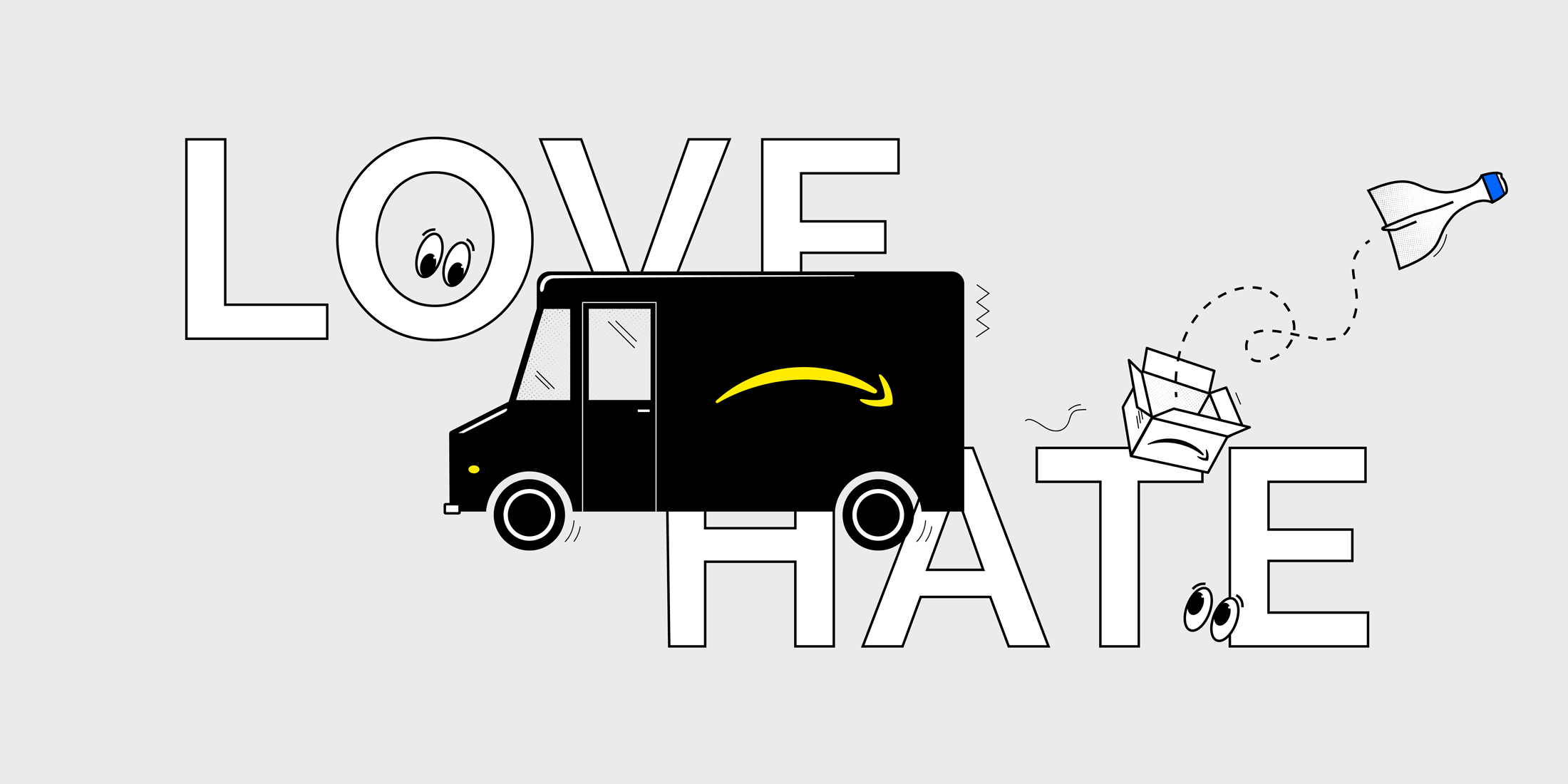 Why you can’t get AER with Same-Day delivery: our love-hate relationship with Amazon.

In this blog post we’d like to elaborate on our love-hate relationship with one of the most influential businesses in today’s world — Amazon. They’re sending out over 1.5 million packages a day and are changing the way we shop online. With services like Prime Same-Day delivery, Amazon is setting a high bar in terms of the shopping experience for all other e-commerce brands. The customers quickly get used to smooth and quick deliveries and begin to expect this kind of service, also when shopping outside of Amazon. Having to wait for two weeks until your AER arrives feels like an eternity and is considered bad customer service.

In order to manage our customer’s expectations towards the delivery process we have a clear message on our order confirmation page: We’re not f***ing Amazon. One might say that an easy way to combat our longer delivery times would be to sell via Amazon and let them take care of the fulfilment process. However, we have several good reasons why we don’t want to cooperate with Amazon and therefore chose not to sell our products on their platform. My intention with this blog post is not to bash Amazon, instead I want to show my inner conflict regarding this topic and express both my scepticism, but also admiration and respect for the things Amazon does.

The reason for Amazon’s tremendous success can be boiled down to one simple mantra: Be Customer Centric. When founding the company in 1995, founder Jeff Bezos defined this to be the mission for Amazon. Ever since then, the customer always came first. But this also means that everyone else always comes second. In order to provide perfect customer experiences, Amazon goes a long way, including the implementation of certain business practices that we strongly condemn.

One example of this is how Amazon treats their workers in the warehouses. Former employees opened up about the working conditions and revealed shocking practices, such as monitoring the employee’s bathroom times and selling painkillers in vending machines because the work is so physically demanding. Low-wage workers are expected to “crush those unuseful human parts of themselves down to atomic size” to basically work like a robot. Furthermore, Amazon is actively trying to keep employees from forming unions, as a leaked video has revealed. The 45-minute training video was sent to team leaders of the grocery chain Whole Foods after it was acquired by Amazon. In there, managers are taught how to spot “warning signs” and how to keep back workers from forming a union.

But it isn’t just the employees who suffer from Amazon’s ruthless business practices, also the interests of the sellers on the Amazon platform seem to play a minor role. A good friend of mine, who’s name and company I don’t want to disclose, has told me about his experience selling on Amazon. He invented a new product and put a lot of effort into his Amazon listing. This included brand-building and collecting good reviews thanks to his great quality product and outstanding customer service. After a couple months of successful sales his listing got “hijacked”. This means that Amazon was allowing competitors, who had since copied the product, to sell their rip-off products through his own listing, because they were offering lower prices. So people who clearly wanted to buy from him, got a competitor’s product without even noticing. Not only did he miss out on revenue, he also started to get many bad reviews because the products and packaging were much lower quality than advertised. He reached out to Amazon and the only way to get his own listing back was to significantly drop his prices. The risk of this happening to us as well is reason enough not to sell on Amazon.

Oh, and then there’s also one more thing: Amazon has only paid 1,2% federal income tax in the US in 2019 — after having paid nothing at all in the two previous years.

Because of stories like these we are critical of Amazon and have decided not to use their platform to sell our products, for now. However, there are plenty of arguments that can be made in Amazon’s favour. A big part of their resources are being pushed into the development and spread of technology. This is something we find very inspiring and important. Great examples for that are Scout, an innovative delivery solution or Amazon Go, the first ever grocery store with “Just Walk Out Shopping”. These are exciting innovations that will ultimately benefit all of us. Also it should be mentioned that CEO Jeff Bezos recently announced the ‘Bezos Earth Fund’ which he’s committed $10 billion to in order to “amplify known ways and to explore new ways of fighting the devastating impact of climate change on this planet we all share”. Another great initiative which contributes to the love-side of our multi-facetted relationship with Amazon.

In summary, one could say that there are many different aspects when talking about Amazon. Some of which we find problematic and others we celebrate. For the time-being, the negatives still outweigh the positives in our eyes. That’s why you won’t be seeing and AERVIDEO products on Amazon anytime soon.

EDIT: This post was written before the heavy COVID-19 outbreak in Europe and America. People all over the world are practising social isolation in order to #flattenthecurve. In times like these, getting things delivered to your home, is often the only way for people to do any shopping. So of course, we are grateful for solutions like Amazon that allow us to get the thing we need without risking our own, or the health of the people around us. But, as always, Amazon worries about the customers first and everyone else last. It’s been reported that they are offering unpaid time off for workers who are sick and just 2 weeks paid leave for workers who test positive for the virus. Meanwhile, it demands mandatory overtime.

Should we really be supporting a corporation like that? We think: No.